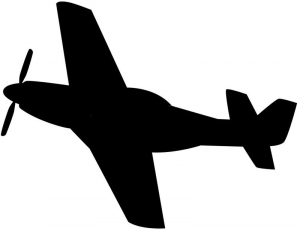 On Tuesday 11th January 2022 a healthy crew assembled at the Mundford Bowls Club all prepared for take-off. There were some old-ish faces returning to the fold with the prospect of three potential new members.

Commander, David A, called us all to order and announced the first action for the evening: a quiz presented by Chairman and resident wit, Chris H. Each crew member was given a check list with 10 missions: the brief was to identify the various events, characters and machinery in aviation history. Not one question went unanswered. Chris afterwards revealed the scores: the response exposed a wealth of wisdom among the participant’s knowledge but, the guesswork produced more hilarity.

A film was then shown depicting archive aviation material. For those of us who were less well informed, community contributions made up for what the film lacked in narrative support.

The modest commander then made mention of the fact – as he relinquished his position as raffler and appointed John H as his successor – that the turnover in generosity had almost doubled since his abdication.

These evenings would not be the success that they are, without the stalwart efforts of the MBC stewards, Len and Val; three cheers for them.

Next month the modest commander will present a talk of his own entitled: ‘This Idiot’s Guide to Gliding’. We will not be deterred. It is also planned to show the second instalment of the Coventry Air Show DVD.

Latest stories from the community

We use cookies on our website to give you the most relevant experience by remembering your preferences and repeat visits. By clicking “Accept All”, you consent to the use of ALL the cookies. However, you may visit "Cookie Settings" to provide a controlled consent.
Cookie SettingsAccept All
Manage consent

This website uses cookies to improve your experience while you navigate through the website. Out of these, the cookies that are categorized as necessary are stored on your browser as they are essential for the working of basic functionalities of the website. We also use third-party cookies that help us analyze and understand how you use this website. These cookies will be stored in your browser only with your consent. You also have the option to opt-out of these cookies. But opting out of some of these cookies may affect your browsing experience.
Necessary Always Enabled
Necessary cookies are absolutely essential for the website to function properly. These cookies ensure basic functionalities and security features of the website, anonymously.
Functional
Functional cookies help to perform certain functionalities like sharing the content of the website on social media platforms, collect feedbacks, and other third-party features.
Performance
Performance cookies are used to understand and analyze the key performance indexes of the website which helps in delivering a better user experience for the visitors.
Analytics
Analytical cookies are used to understand how visitors interact with the website. These cookies help provide information on metrics the number of visitors, bounce rate, traffic source, etc.
Advertisement
Advertisement cookies are used to provide visitors with relevant ads and marketing campaigns. These cookies track visitors across websites and collect information to provide customized ads.
Others
Other uncategorized cookies are those that are being analyzed and have not been classified into a category as yet.
SAVE & ACCEPT